We have all heard that journaling is a good thing to do but is it really beneficial and how does it benefit me when I begin to journal? We have all probably had times when we heard that journaling was a good thing and we start for a time but don’t stay with it. I am guilty! I get that it is hard to keep it up consistently but journaling, especially when you are going through a chaotic life season, is beneficial.
Journaling looks different for everyone. Some are quite the writers so journaling is beautiful, creative and often share-worthy. Me, I am a bullet point person. I was previously a creative writer but somewhere between an English teacher who basically told me to stop “being so flowery” in my writing and just say what I needed to say and graduate school where, even if you are a good writer, your professors will tear your writing to shreds as each is looking for something quite different from the other, I became a “just the facts ma’am” type of writer. When I journal, I find that just putting it down on paper, knowing no one will likely read it, is helpful. So whatever your writing style, consider giving it try. 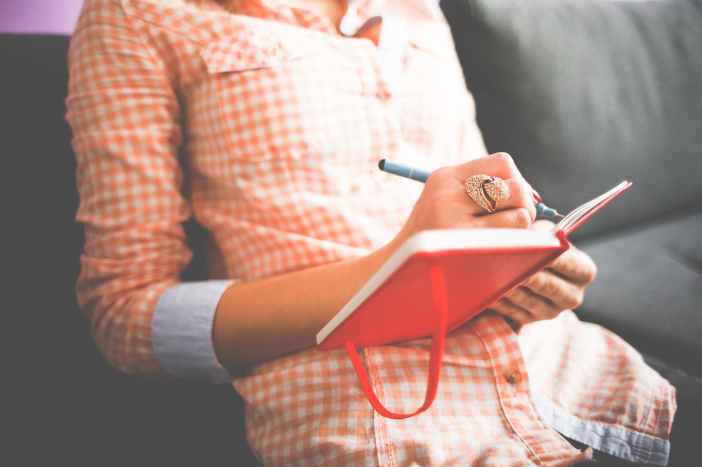 Journaling gives us a place to put down in words all of those things floating around in our minds and that in itself is valuable. Often journaling relieves anxiety as putting all of these thoughts to paper will free our mind to deal with what remains. When you put your thoughts down on paper, you are better able to deal with them and prioritize them into categories, such as: What do I need to Deal with Now and What Can Wait; What Can I do Something About and What is Beyond My Control; What is True and What is Not; and the list goes on depending upon your particular thoughts.

Journaling gives us a “remembrance”. Sometimes when I am struggling with a particularly hard time in life, I go back in my journals and see just how far that I have come or how I dealt with (survived) another particularly hard time. In the Old Testament often they build tabernacles or places of remembrance to reflect upon the past and encourage them in the present. God tells us to remember His faithfulness. We think that we will never forget particular times or things that have happened, but we do.
Journaling is also good for sharing with those in our support system who can help us to “sort through” and analyze those things that need our attention. That may be a counselor or a trusted friend or family member. I often have my clients journal. Some do it well and some are still trying to make it a habit. Remember, that this is ok. If you begin to journal and forget or find yourself just not that into it, begin again. It is valuable when you do it but not a reason to beat yourself up when you don’t. I once worked with a counselor that said she saw the brain as having bandwidth. You only have so much, so putting some of those thoughts onto paper allows you to use the bandwidth for the things that you need to deal with and analyzing those thoughts. I think that is wise and I know that is true!

What happens to you when you judge others? Yes, you read that right. I did not say what happens to you when you are judged but what happens to you when you judge others. Did you ever think about it? Well, I would like to encourage you to think about it for a minute or two. People often think that Christians are the most judgmental people on the planet and often we are. I do not believe that this pleases God. In fact, I think that he hates it and I do not believe that I am using a term which is too strong in order to describe His displeasure when we judge others. We who are called to love with the love of God are actually doing just the opposite when we judge and condemn others. The Bible says that we are actually placing ourselves in a position which is only rightly reserved for God. We are, in essence, usurping His authority. When we usurp someone’s authority, we take it by force. I do not know about you but that is a place I just do not want to be.

The Bible tells us that Man views people from the outside but God looks at the heart. Jesus rightly described the Pharisees as white-washed tombs, full of dead men’s bones, because they looked “good” on the outside but their hearts were black and ugly. Their “works” appear to align with the law but in their hearts they were bitter, hateful and stingy. We are often guilty of judging others based upon their appearance or their “works”. I have even heard Christians say, “We are not called to judge but we are called to be “fruit-inspectors””. Well, I say that I do not see that term in scripture and we need to stop saying it because it really sounds foolish. There is the scripture in Matthew 7:15-20, where we are told to look at the fruit in a person’s life, but this is a specific instruction as to judging teachers and prophets as to what they are saying and doing and is not given as a license to walk around judging others but as a warning to guard our hearts against deception.

Now I do believe that we should be wise and when a person’s words and actions do not align, we are to determine a person’s intent by what they do and not just their words. Many a person has been tripped up by one who speaks words that say that which the other wants to hear but their actions are just not there in alignment with their words. I think, however, that God is quit clear when He says judge not lest you be judged. The price of judging others is high. So if you find yourself standing in the position, please reconsider.

Judging others brings judgment upon us. I believe in grace, receiving it from God, giving it to others and giving it to myself. I want to live under Grace and I want to allow you to live under it as well. When we judge, I personally feel that we are somewhat removing ourselves from a grace under which God allows us to live. This is a place where we are often allowed to escape some of the consequences of our actions and to definitely avoid God’s judgment. Now, before you stone me, I am not saying that we can just sow negatively and always reap positively. Again, God judges our hearts. So I, for one, do not want to be in a place where I have decided that I am going to do and say whatever I wish and not expect any consequences for those words and actions. However, when I judge, I open the door to receive the punishment/consequences of my actions/words upon myself. Selah (pause and calmly think about that)! Do you find yourself living hard consequences for every choice and never feeling like you “get a break”? Well, maybe you should take a look at yourself and see where you might be judging someone. Often we judge others for exactly what we do ourselves. Remember the parable about not trying to remove the splinter out of our brother’s eye while ignoring the plank in our own. If we are harsh toward someone about something, maybe we should examine ourselves for that same “flaw”.

Judging also separates us from relationship. We all know those critical, hateful people who seem to know what is best for everyone and are quick to point out everyone’s “faults”. They are usually lonely because even their friends do not enjoy being judged by them. True friends love each other and while knowing their friends are not perfect, give grace to each other. No one wants to be in relationship with someone who is always pointing out the faults of others because that person will also point out the faults of those with whom they have relationship. Those who judge are often hard and bitter and even their countenance is affected by their judgment of others. I encourage you to avoid those people or at least to limit your time with them and examine yourself as to where you might be judging others.

Typically, judgment based upon appearance or upon considering one aspect of another person is based upon ignorance and is the heart of prejudice and bigotry. If I hate/judge someone whom I do not know based upon limited knowledge of that person, I am operating in ignorance and ignorance definitely will always lead us in the wrong direction. We have to allow ourselves to view people and determine our feelings for them based upon knowledge and observance and that can not happen while viewing one aspect of a person but only by considering them, over time, in the fullness of who they are. Even once we know others, we are not encouraged to judge them but definitely when we do not know them for who they are. Judgment is weighty and hard. Others can feel the weight of our judgment of them even if the words are not spoken. I may not be able to “read” your heart but if you are judging me, I can “feel or sense” it. If you do not believe it, try it when you meet someone new. Quickly determine what you think of that person without giving yourself a chance to get to know who they are. If your determination is negative, that person will “feel” it without you saying a word and you will have lost the chance to truly get to know that person and possibly finding them to be a friend.

God says a lot about judgment in the Bible, His and ours, and He clearly tells us not to judge. If you feel a prick when you read this, examine your heart. I am not here to condemn or judge you but I would like to help you to help yourself. Judgment is hateful, ugly, evil and ignorant. Open you heart to His forgiveness and forgive yourself and move on in love. Love covers a multitude of sins and brings healing and restoration.